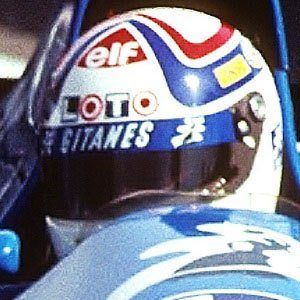 Driver who did not enjoy much success racing in Formula One but enjoyed success with the BP Racing Team by winning a championship in 1978. He won French Formula Three as well.

He made his Formula One debut in 1984 with Skoal Bandit RAM F1 team.

He was born in Voves, Eure-et-Loir, France.

Philippe Alliot Is A Member Of