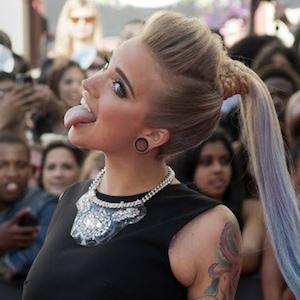 Television personality on MuchMusic and MTV in Canada who has also co-hosted After Degrassi.

She grew up on a farm where she worked as a support worker for adults with intellectual and physical disabilities. She sold merchandise for bands on the side.

She is vegan and wants to travel the world, hoping to one day experience living "off the grid."

She has cited her mom as her best friend and thinks her dad is the funniest man on the planet. She also has an older sister who lives on the west coast.

She has co-hosted After Degrassi with Lauren Toyota.

Phoebe Dykstra Is A Member Of