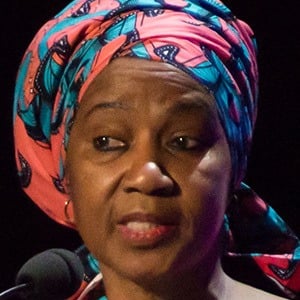 United Nations official who is internationally recognized for having served as the Executive Director of UN Women. She was also the first female to serve as the Deputy President of South Africa.

She obtained a degree in philosophy from the University of Cape Town.

She was a board member of the Global Partnership to End Violence Against Children.

She was given an honorary degree from Nelson Mandela's Metropolitan University.

Phumzile Mlambo Is A Member Of