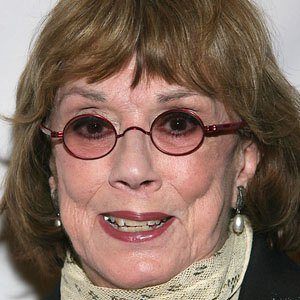 Tony Award-winner for her performance in Subways Are For Sleeping, and nominee for her role in Broadway Bound.

She attended PS 17 and Lincoln High School in New Jersey, and was voted Most Likely to Become a Hollywood Star and Most Pull With the Faculty.

Her television career took off in the 1960s and 1970s, when she appeared on shows such as What's My Line? and Match Game. She originated the role of Rene Buchanan on the soap opera One Life to Live.

She married Adolph Green in 1960, and their daughter is singer Amanda Green.

She was a frequent guest on The Tonight Show with Johnny Carson.

Phyllis Newman Is A Member Of