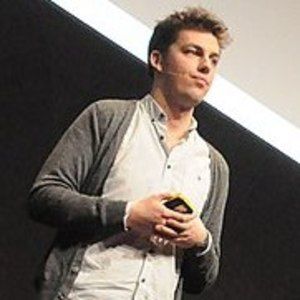 French YouTube personality who has gained widespread popularity for his self-titled channel's content. He has gained popularity there for his vlog entries discussing a myriad of topics, including Pokemon Go and his own personal life.

He has featured his wife and son on his YouTube channel.

He has collaborated with fellow YouTuber Amixem.

Pierre Croce Is A Member Of