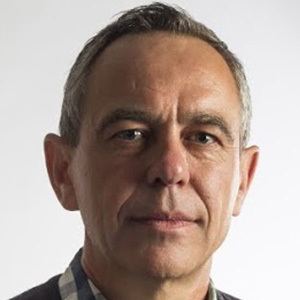 South African academic scholar who is known for writing about constitutional law. He is recognized for having taught at the University of Cape Town and is also known for being a board member of the LGBT rights non-profit organization Triangle Project.

In addition to his academic articles and non fiction books, he is also known for having written several popular fiction books as well including Slegs Blankes / Whites Only in 1994 and Scene of the Crime in As You Like It in 2018.

He was born in Messina, Transvaal and has a sister named Anna-Marie de Vos.

He is known for having written an article for SA Public law called "Disturbing Heteronormativity: The 'Queer' Jurisdiction of Albie Sachs.

Pierre de Vos Is A Member Of