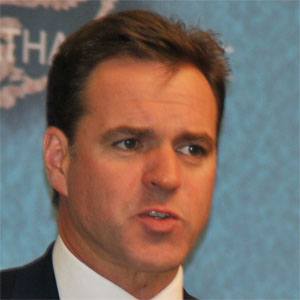 Known for his works on economics, global history, and imperialism, he penned such titles as The Ascent of Money: A Financial History of the World and Empire: How Britain Made the Modern World. He taught history at Harvard, Stanford, the University of Oxford, New York University, and the London School of Economics.

He earned his Doctor of Philosophy in History from Magdalen College, Oxford, and subsequently began his teaching career at the University of Cambridge.

He wrote for such current events publications as The Financial Times, The Sunday Telegraph, and Newsweek.

He was born and raised in Glasgow, Scotland, by a physician father and a science teacher mother. His marriage to journalist and editor Susan Douglas, from 1994 to 2011, resulted in three children. He then married Ayaan Hirsi Ali.

He served as a political adviser during the 2008 presidential campaign of Republican candidate John McCain.

Niall Ferguson Is A Member Of