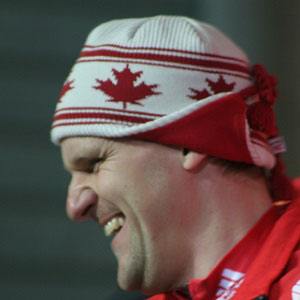 Bodsledder who represented Canada in the 1998 Olympics and won a gold medal in the two-man; in 2006, he won Olympic silver in the same event.

He was born and raised in Edmonton, Alberta, Canada.

Pierre Lueders Is A Member Of