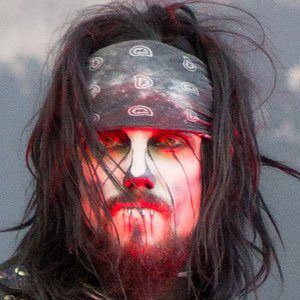 Best known for playing bass for Rob Zombie and guitar for Wednesday 13. He has also released several solo recordings, including "God Save the Queen Bee" and "Can't Blame You."

He replaced Blasko as the bassist for Rob Zombie, first appearing with Zombie in a live Late Show with David Letterman performance.

He collaborated with Marilyn Manson and Rob Zombie guitarist John 5 on a 2007 album titled The Devil Knows My Name.

His real name is Matt Montgomery. He married model Maureen Van Mortis in 2011.

He and Alice Cooper collaborated on the tracks "Keepin' Halloween Alive" and "Last Man On Earth."

Piggy D Is A Member Of