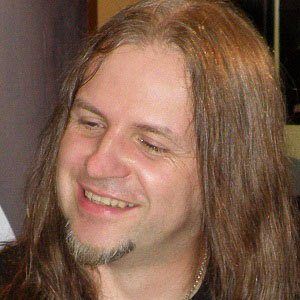 Polish singer and guitarist best known as the frontman of the death metal group Vader, whose albums have sold more than half a million copies worldwide. He founded the side project Panzer X in 2004.

He broke into the world of producing with his work on the 1999 album Winds of Creation by the Polish death metal group Decapitated.

He married a woman named Marta and has children.

He and Vader were a big influence on Queens of the Stone Age frontman Josh Homme.

Piotr Wiwczarek Is A Member Of