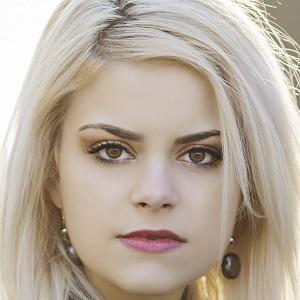 America's Got Talent personality in 2012 whose music is a fusion of folk and country. She also landed the role of cKenzi on the sitcom iShine Knect.

She grew up in Kansas surrounded by music which led to her passion for singing and songwriting.

She released a four song debut EP under the artist name cKenzi.

She was born in Delta, Colorado and her mother is a top ten inspirational recording artist.

Spencer Kane also had a role on the series iShine Knect.

Piper Lou-Renee Is A Member Of