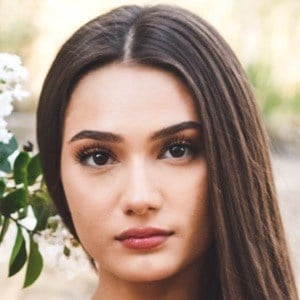 She grew up expressing herself through painting, singing and playing instruments.

She became vegetarian before going vegan. She decided to go vegan after watching the documentary Cowspiracy: The Sustainability Secret

Her mom is Bobbi Jo Black. Both of her parents are musicians and she has three siblings named Zhavia, Tabitha and Pierce.

Her sister Zhavia Vercetti competed on The Four: Battle for Stardom.

Poiema Victoria Is A Member Of