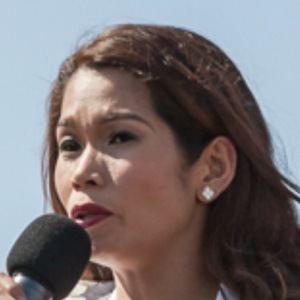 Filipina television actress and comedienne known for her roles in such ABS-CBN comedy series as Aalog-Alog and Toda Max. She also hosted Wowowee and several other television variety programs.

Early in her career, she played small roles in such Star Cinema films as D' Anothers and Bcuz of U.

In both 2010 and 2014, she was the recipient of the prestigious Guillermo Mendoza Memorial Scholarship Foundation Box-Office Entertainment Award.

She and fellow Filipina actress Jessy Mendiola were both part of the ABS-CBN Star Magic talent development program.

Pokwang Is A Member Of