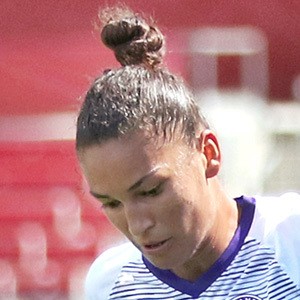 She first started her youth career playing with the America/Juventude club. She went on to make her professional debut in 2009 with the Santos club before moving to Sao Jose in 2010. In 2012, she joined the Brazil national team.

She has scored several international goals including in a match against Venezuela in 2014 as part of the South American Games.

She was born and raised in Ituiutaba, Brazil.

Andressa Alves is a fellow Brazilian professional football player also known for having competing in the 2015 FIFA Women's World Cup.

Poliana Medeiros Is A Member Of