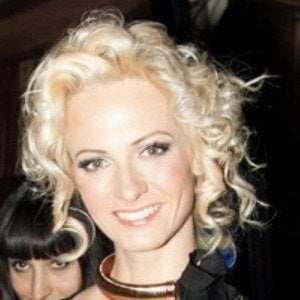 Russian film and television star most well known for her role as Lyolya Rzhevskaya in the comedy series Deffchonki. She has also been seen in the 2014 miniseries Printsessa s Severa.

She made her screen debut in 2009 playing Nastya in Lyubov na sene.

She was born in Moscow, Russia to Vladimir and Svetlana Maksimova.

Both she and Zhanna Friske gained fame as popular Russian actresses.

Polina Maximova Is A Member Of