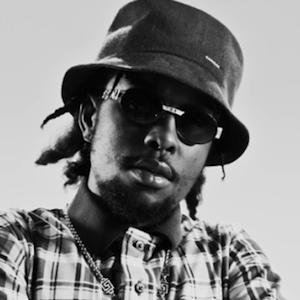 Singer and dancehall artist who gained fame for hits such as "Talk 'Bout Me" and "Only Man She Want." He was featured on both Pusha T's Blocka and Kanye West's Yeezus.

He met Vybz Kartel, who recruited him to join his Portmore Empire and set him up for a gig at Sting and Reggae Sumfest.

He recorded the international hit "Clarks," which spiked the sales of Clarks brand shoes.

He was born in St. Thomas, Jamaica and was raised in Portmore, Jamaica.

He provides vocals on the 2015 Jamie xx track "I Know There's Gonna Be (Good Times)."

Popcaan Is A Member Of