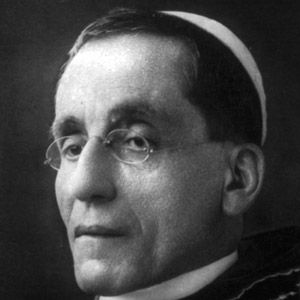 The head of the Catholic Church during World War I and its immediate aftermath.

In 1915 he secured an agreement with the two sides of World War I by which the warring parties promised not to let POWs work on Sundays and Holidays.

His father did not want him to become a priest but instead wanted him to practice law.

He rejected Woodrow Wilson's League of Nations because it was not built upon "Christian values".

Pope Benedict XV Is A Member Of