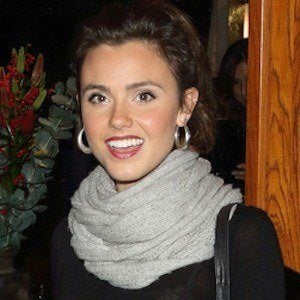 Cast in a series regular role as Amberle Elessedil on the MTV fantasy show The Shannara Chronicles. She had previously been well known for her first major role as Elizabeth Thatcher in the Hallmark TV movie When Calls the Heart. In 2018, she starred as the titular role in The Little Mermaid.

She is an alumnus of the Arts Educational School in Chiswick.

She played the part of Madeleine Allsopp in the Downton Abbey Christmas special.

She was born Poppy Gabriella Drayton in Surrey, England.

She and Austin Butler were cast in the lead roles for MTV's The Shannara Chronicles.

Poppy Drayton Is A Member Of