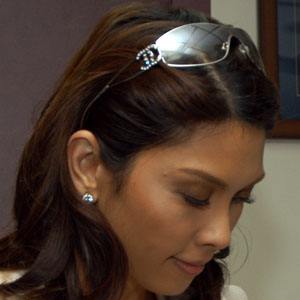 Filipino singer, actress and television personality commonly referred to as "The Concert Queen." She is famous for popular albums like 2001's "Shindig Live" and films like 1999's award-winning "Linlang."

She was born Maria Cielito Lukban Fernandez in Quezon City. She first signed a record deal with OctoArts Records at age sixteen.

She won the award for Female Concert Performer of the Year at the GMMSF Box-Office Entertainment Awards in 2010.

She has sons named Robin and Ram with singer Martin Nievera. Her father is action movie star Eddie Fernandez.

He and Maricar Reyes have both appeared on the Philippine drama series "I Love Betty La Fea."

Pops Fernandez Is A Member Of