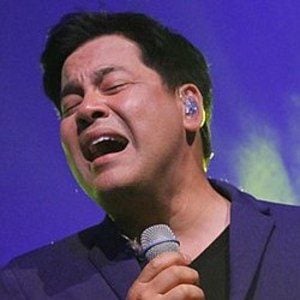 Wildly popular Filipino singer with more than a dozen Platinum albums to his name, including the four-times Platinum Forever, released in 1998. He is also known as the host of the music variety show ASAP.

He grew up mostly in Hawaii but moved to California with his family in the late 70's, where he graduated from Clayton Valley High School.

He won the GMMSF Box-Office Entertainment Award for Male Concert Performer of the Year in 2008 and 2010.

He has two children with singer and actress Pops Fernandez. His father sang in the band Society of Seven.

He and singer Charice Pempengco were both judges on the first season of The X Factor Philippines.

Martin Nievera Is A Member Of