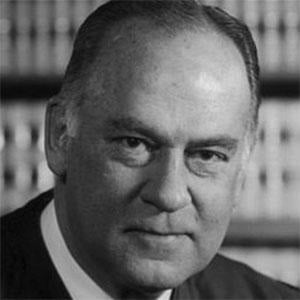 Judge who said, "Hard-core adult entertainment is hard to define, but I know it when I see it," when coming to his decision for the Jacobellis v. Ohio case.

He worked in a private law firm for some time after serving in the Naval Reserve during World War II, and at age 39, he was appointed to the United States Court of Appeals for the Sixth Circuit.

He contributed to jurisprudence of the Fourth Amendment.

He grew up in Jackson, Michigan, a small town south of Lansing. His father, James Garfield Stewart, worked as a justice of the Ohio Supreme Court.

He was a member of Phi Delta Phi along with future president Gerald R. Ford at Yale Law School in the late 1930s.

Potter Stewart Is A Member Of