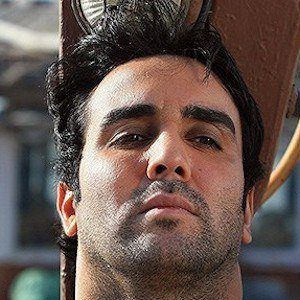 Award-winning Iranian film and television star known best for his appearances in the films Nasepas, Hussein, Who Said No, and Day of Resurrection. He also appeared in the 2012 series Eve’s Girls.

He first made a name for himself in 2006 starring in the Iranian television series Sahebdelan.

In 2006, he won the title of Best Actor at both the 6th Hafez Festival and 25th Fajr International Film Festival for his roles in Third Day and Troth, respectively.

Both he and Mostafa Zamani are popular Iranian actors.

Pouria Poursorkh Is A Member Of