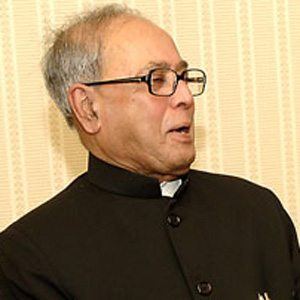 Indian political leader who took office as the country's 13th President in July 2012. He also previously served as India's Minister of Finance and Minister of Defence.

He earned a degree in political science from the University of Calcutta.

He helped pass an amendment of the Indian Penal Code on laws related to sexual offenses in reaction to the 2012 Delhi gang rape case.

He got married to Suvra Mukherjee in 1957, and the couple had three children: Sharmistha, Abhijit, and Indrajit.

He took office as the President of India 5 years after Abdul Kalam ended his term.

Pranab Mukherjee Is A Member Of