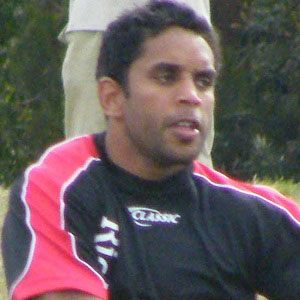 Indigenous Australian rugby league footballer who won the 2003 NRL Premiership while with the Panthers, just the second Premiership in the team's history. He was previously named Player of the Year at the 2001 Dally M Awards while playing for the Cronulla-Sutherland Sharks.

He was born in Inverell, New South Wales, where he played junior rugby for the Inverell Hawks.

In 2008, he received the Ken Stephen Medal for his contributions to the Indigenous Australian community.

He is the cousin of fellow rugby league footballers Nathan Blacklock and Greg Inglis.

He won the 2003 NRL Premiership alongside Panthers teammate Ryan Girdler.

Preston Campbell Is A Member Of