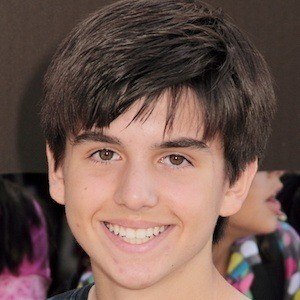 Child and young adult actor known for his work on live action shows as well as his voice acting. His roles include Fox and Bear on Ni Hao, Kai-Lan, Batman: The Brave and the Bold, and The Real O'Neals.

He started out by acting in commercials before appearing in his first film Hate Crime in 2005.

He also appeared on Barney & Friends in 2006 and has appeared in ad campaigns for the likes of Lowe's and Pizza Hut.

He grew up in Dallas, Texas and has a brother named Tyler.

He and Khamani Griffin have both had roles on Ni Hao, Kai-Lan.

Preston Strother Is A Member Of