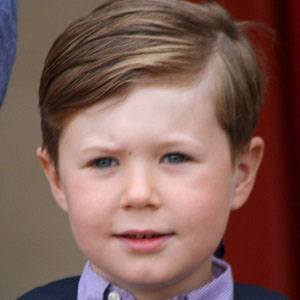 The oldest child of Crown Prince Frederik and Crown Princess Mary and the second-in-line to Denmark's throne, Prince Christian of Denmark, Count of Monpezat was christened in January of 2006 at the Christiansborg Palace in Copenhagen.

Born Christian Valdemar Henri John, he made his debut at Copenhagen's University Hospital and was honored several hours after his birth with a traditional twenty-one-gun salute.

His younger sister Princess Isabella was born in 2007, and his twin siblings Prince Vincent and Princess Josephine made their debut in January of 2011.

He is the grandchild of Denmark's Queen Margrethe II.

Prince Christian Is A Member Of