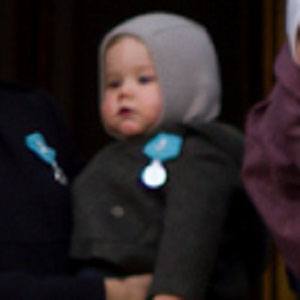 The second son of Crown Princess Mary and Crown Prince Frederik, Prince Vincent of Denmark was, at the time of his birth, fourth in the Danish line of succession.

Immediately after his son was born, Crown Prince Frederik humorously stated to the media that he had thought about naming Prince Vincent "Elvis," in honor of the child's birthday twin, the American "King of Rock."

At the time of his baptism (in April of 2011) at the Church of Holmen, Prince Vincent's full name was revealed to be Vincent Frederik Minik Alexander.

He was born a little under thirty minutes prior to the arrival of his twin sister, Princess Josephine. The twins grew up with an older sibling named Prince Christian.

He is the grandson of Queen Margrethe II of Denmark.

Prince Vincent Is A Member Of