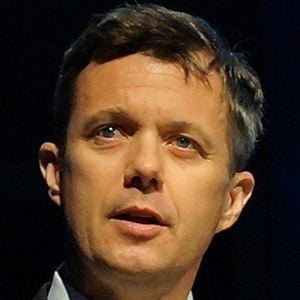 Became known as the Crown Prince of Denmark and heir to the throne as the eldest son of Queen Margrethe II and Henrik, the Prince Consort.

He was named Frederik after his maternal grandfather, King Frederick IX as part of Danish Royal tradition.

He married Mary Donaldson in 2004 and she became the Princess of Denmark. They have four children. They were married in Copenhagen Cathedral.

His mother and Queen Elizabeth II became two of the longest-reigning queens in history.

Crown Prince Frederik Is A Member Of