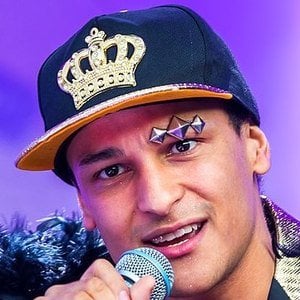 German pop singer-songwriter who rose to fame after winning the 13th season of the reality competition show, Germany is Looking for the Superstar. His debut single Glücksmoment went #1 in Germany. He won a Smago Award in 2017 for Vertical Starter of the Year.

He studied music production and sound engineering at the Academy of Germany Pop in Munich.

He also auditioned for the British version of The X-Factor in 2015.

He was the voice of the frog in the animated film Sing, starring Matthew McConaughey.

Prince Damien Is A Member Of