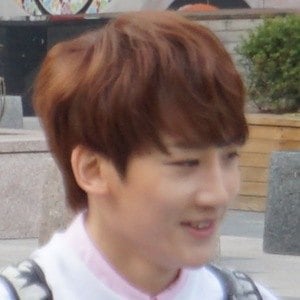 Best known as a K-Pop singer in the South Korean hip-hop boy group JJCC. His group was initially formed by actor Jackie Chan, who is a self-proclaimed fan of K-pop music. He released a multiple music videos for his variety of singles.

He studied music at the University of New South Wales. He did not reveal this to his parents until after his first year due to their wishes for him to pursue a more conventional job.

In August 2015, he and his group mates in JJCC released their first full length album, titled Ackmong, which peaked at #21 on the Korean pop charts.

He was born and raised in Liverpool, which is a western suburb of Sydney, Australia.

He initially auditioned for Jackie Chan in Beijing, China, where nationwide auditions were being held for JJCC.

Prince Mak Is A Member Of