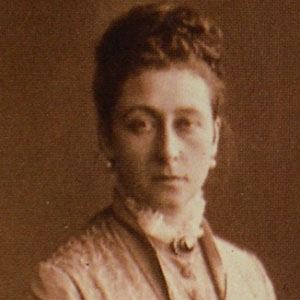 The third child born to Queen Victoria and Prince Albert, she was the first of her siblings to pass away, having contracted diptheria. Apart from her royal duties, she formed an organization called the Princess Alice Women's Guild that provided medical aid to soldiers wounded in the Austro-Prussian War.

Tragically, her youngest son, Prince Friedrich, died at the age of two after falling from a window and bleeding uncontrollably due to his hemophilia.

Her marriage to Louis IV, Grand Duke of Hesse produced five daughters and two sons. One of her daughters, Alexandra, became the wife of the last Russian Czar, Nicholas II, and was executed along with him in the aftermath of the Bolshevik Revolution. Another of Alice's children, Elisabeth (the wife of Russia's Grand Duke Sergei Alexandrovich), was murdered as a result of the same political situation.

Her great-grandson Prince Philip, Duke of Edinburgh became the husband of Queen Elizabeth II of England.

Princess Alice Is A Member Of