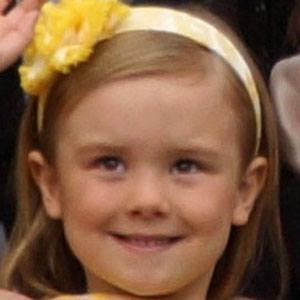 Dutch royalty known for being the third child of King Willem-Alexander and Queen Maxima. Upon her birth, she became the third Dutch Royal House family member in line to the Dutch throne.

She was baptized with water from the Jordan River at five months old.

Her family received more than thirty thousand "get well" letters after she was hospitalized with a lung infection in May 2007.

Her older sisters are Princess Amalia and Princess Alexia.

She is the granddaughter of Queen Beatrix, who ruled the Netherlands from 1980 to 2013.

Princess Ariane Is A Member Of