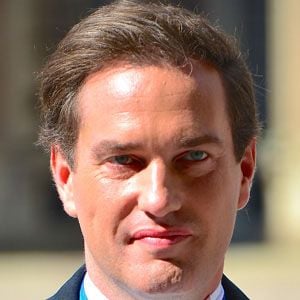 Husband of Princess Madeleine of Sweden. Also a businessman, he worked for Noster Capital, Steinberg Asset Management, and NM Rothschild and Sons.

He studied International Relations at Boston University and went on to earn his MBA from Columbia University.

In the summer of 2013, he was presented with the Swedish Royal Order of the Polar Star by his father-in-law, King Carl XVI Gustaf.

He grew up in England and Switzerland as the son of American banker Paul Cesario O'Neill and Austrian citizen Eva Maria Walter.  He and Madeleine have daughters, Princess Leonore and Princess Adrienne, and their son, Prince Nicolas, Duke of Ångermanland.

He and Princess Madeleine married in 2013 and settled in New York City.

Christopher O'Neill Is A Member Of