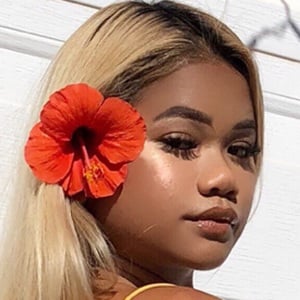 Instagram star who became famous as the sister of popular Vine star and vlogging sensation Bretman Rock. She has over 2.5 million followers on her realprincessmae Instagram account.

She was featured in her brother's first challenge video on YouTube in 2015.

She attended BeautyCon in July 2018 where she was swarmed by fans.

She was born in the Philippines. She has also lived in Hawaii, where she attended high school at James Campbell. She gave birth to a daughter named Cleo in 2016. In 2020, she gave birth to her second child, a son named Ezékiel.

Princess Mae Is A Member Of