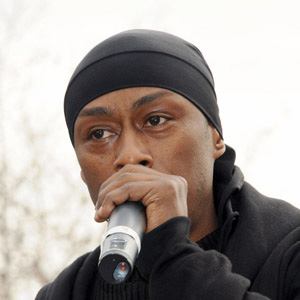 Born Richard Griffin, he is best known as a member of the influential rap group Public Enemy. He is also an in-demand public speaker and lecturer.

He started a security service called Utility Force to work security at local parties after returning from the U.S. Army.

He came under heavy scrutiny in 1989 when he stated in an interview that 'Jews are responsible for the majority of the wickedness in the world.'

He was born in Roosevelt, New York. His family sustained a massive house fire in 2008.

He was a member of Public Enemy along with Chuck D.

Professor Griff Is A Member Of