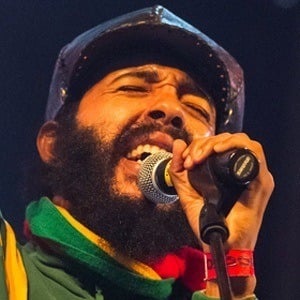 Jamaican reggae singer who gained international fame for his hit single "Kingston Be Wise," which became the most viewed YouTube song among internet users in Jamaica. It was heavily promoted across social media under the hashtag #KBW and featured in the video game Grand Theft Auto V.

He gained notoriety after the release of his mixtape Lyrical Overdose Volume 1 in 2005.

His cousin is producer Don Corleon and his mother is Jamaican singer Lorna Bennett, best known for her 1972 hit "Breakfast in Bed."

He was born Oje Ken Ollivierre in Saint Elizabeth, Jamaica.

protoje Is A Member Of