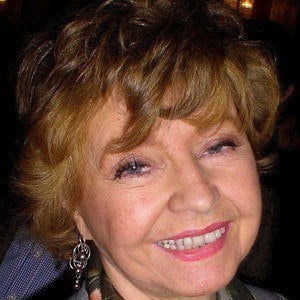 She portrayed Elizabeth II in the film A Question of Attribution alongside James Fox and also appeared in the British comedy Horrid Henry: The Movie.

She appeared in the TV series adaptation of Pride & Prejudice.

She had two children with her husband Timothy West, whom she married in 1963.

She was in the miniseries The Shell Seekers alongside Vanessa Redgrave.

Prunella Scales Is A Member Of