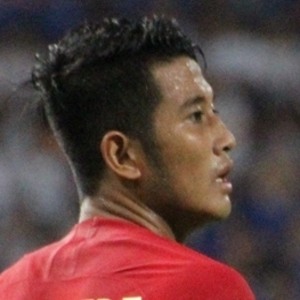 He first started his youth career in 2011, making his debut with the Diklat Ragunan club. He then started playing with the Indonesian Under 17 national team in 2011 before starting his senior career in 2014 with the Persebaya ISL.

He is known for having won the AFF Under 19 Youth Championships in 2013 as part of Indonesia's Under 19 national team.

He was born and raised in Gianyar, Indonesia and shared a photo with his father to Instagram in March of 2019.

He shared a photo with Indonesian national teammate Evan Dimas to his Instagram in May of 2019.

Putu Gede Is A Member Of