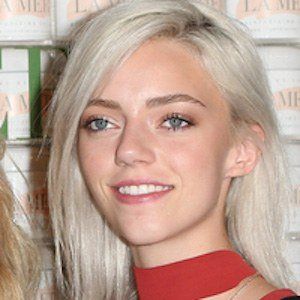 After signing with Next Models LA, she has modeled for the likes of Calvin Klein, H&M and Forever 21, among others. She's also a musician and bassist for the alternative rock band called The Atomics. She has more than 600,000 Instagram followers.

She grew up in a family of both models and musicians. At the age of 16, she moved from Utah to Los Angeles to pursue her modeling career.

She's walked the runway for designers such as Giogio Armani, Dolce & Gabbana and Moschino.

Her brother, Lucky Blue Smith, has also had a successful career as a model. She became engaged to boyfriend Quaid Rippon Holder in November 2018 and they married in February 2019. She previously dated Brandon Thomas Lee.

She joined her siblings Lucky, Starlie and Daisy in forming the surf rock band The Atomics.

Pyper America Smith Is A Member Of