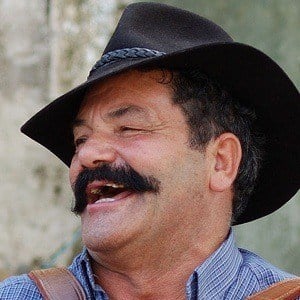 Legendary pimba singer and songwriter who has become known for hit singles like "Bacalhau à Portuguesa," "A Garagem da Vizinha," and "A Cabritinha."

He began his musical career at the age of nine playing drums in his father's ensemble, Conjunto Alegria.

Born to Margerida and Joaquim Barreiros, he would eventually go on to have a son named Pedro.

Both he and Tony Carreira are popular Portuguese singers.

Quim Barreiros Is A Member Of