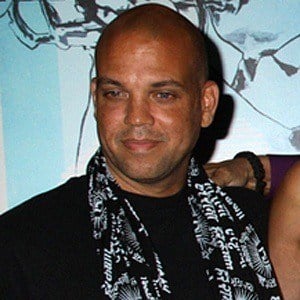 Music and film producer known for founding QD3 Entertainment. The company produced the documentary series Beef. He is also well recognized as a jury member on Swedish Idol.

He made his entertainment debut in 1987 in the film Stockholmsnatt. He would later released the 1991 solo album Soundlab.

In 2014, he founded the internet service WeMash.

His parents are Swedish model Ulla Andersson and American music producer Quincy Jones. He grew up in Sweden with his sister Martina after his parents separated. He has two children, Quincy and Nea.

He has two American half-sisters, actresses Kidada and Rashida Jones.

Quincy Jones III Is A Member Of