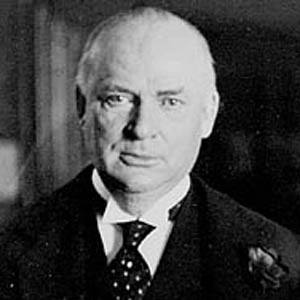 Served as the 11th Prime Minister of Canada from August 1930 to October 1935 during the worst years of the Great Depression.

He was a loner who graduated with a law degree from Dalhousie University in 1893.

He died of a heart attack while taking a bath one week away from his 77th birthday.

He never married and was survived by his brother Ronald V. Bennett.

He and Mackenzie Bowell are both former Prime Ministers of Canada.

RB Bennett Is A Member Of