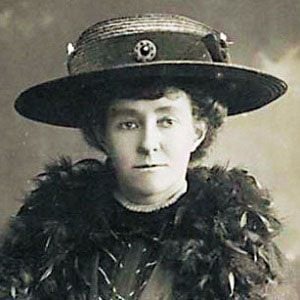 Remembered for her militant activism and hunger strikes on behalf of the early 20th-century women's suffrage movement in England, she was imprisoned numerous times for her public acts of protest.

After working as a governess and subsequently studying at St. Hugh's College, Oxford, she became a member of the Women's Social and Political Union.

She is perhaps most famous for being trampled to death by King George V's horse during a 1913 derby (the reasons for her presence on the track remain unclear). Composer Tim Benjamin wrote a 2013 opera -- Emily -- based on Davison's life, and rock vocalist Greg Kihn composed and performed the 1976 song "Emily Davison" in her honor.

The child of Margaret and Charles Davison, she grew up in London, England with three siblings and several older half-siblings.

She joined fellow suffragette Emmeline Pankhurst in the Women's Social and Political Union of the early 1900s.

Emily Davison Is A Member Of