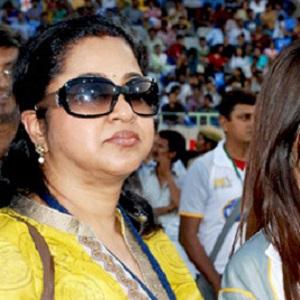 Indian actress who played a role in the serial Chellamay for Sun TV and produced serials such as Chitti and Selvi. She won the Indira Gandhi Award for Best First Film of a Director.

She was discovered when she was 15 years old and starred in her first role in the 1978 film Kizhakke Pogum Rail.

She was a judge on Season 4 of Viljay TV's Jodi Number One.

She was married three times and has a son and daughter.

She married actor Prathap Pothan in 1985 but they later divorced.

Raadhika Sarathkumar Is A Member Of