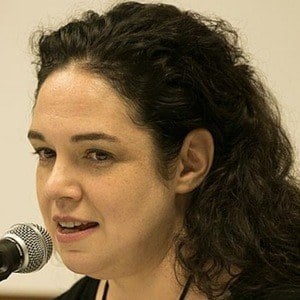 American actress known for eight seasons of voice work on the anime series Pokemon. She also provided her voice for series such as Teenage Mutant Ninja Turtles and Cubix.

She lived in both Boston and New York City in order to study acting.

She voiced approximately 25 characters for one of the many audio books she has recorded called Diary of a Fairy Godmother.

She is a voice artist like Family Guy creator Seth MacFarlane.

Rachael Lillis Is A Member Of