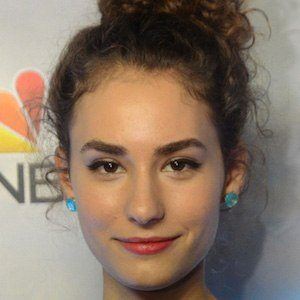 Television and film actress known for her roles as Andie on Jane the Virgin and Sarah Reese on Chicago Med. Her movie credits include Werewolf: The Beast Among Us and Commencement.

She started acting in 2009, appearing in the movie Elle: A Modern Cinderella Tale and an episode of Big Time Rush. She became a regular on Big Time Rush and The Gates in 2010.

She's played the character of Sarah Reese on Chicago Fire and Chicago P.D. as well as Chicago Med.

She was born in Flint, Michigan. She and her two sisters grew up in Nashville, Tennessee.

She appeared alongside Tyler Blackburn on the show Wendy.

Rachel DiPillo Is A Member Of