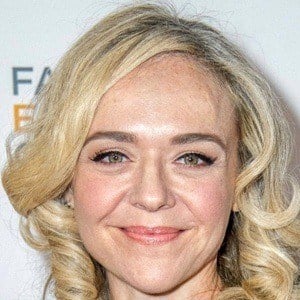 Tony Award-winner who took the award for Best Featured Actress in a Musical for her role as Heidi in Broadway's Dear Evan Hansen. She previously played Catherine in the 2013 Broadway revival of Pippin. In 2018, she'd appear in the CBS series God Friended Me.

She dropped out of high school so she could perform in a local play. At the age of 19, she moved to back to her birth city of New York City to pursue acting.

Her television work includes credits in ABC's The Family and FX's Louie.

Born in New York City, she grew up in Boca Raton, Florida alongside her brother, Darren. Her parents were Shakespearean actors. Her partner is fellow actor Benim Foster, she also has a daughter named Miranda from a previous relationship.

She starred opposite Ben Platt in Dear Evan Hansen.

Rachel Bay Jones Is A Member Of