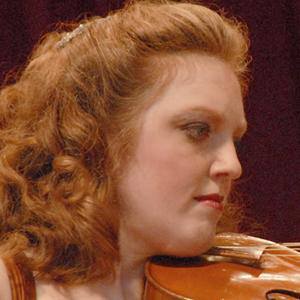 The youngest performer and first American to win a Gold medal at the Johann Sebastian Bach International Competition in 1992, and a winner of a variety of other performance awards for her talent.

She began playing violin when she was three and a half years old and debuted with the Chicago String Ensemble less than four years later.

She established the Rachel Elizabeth Barton Foundation, which promotes the appreciation of black composers and provides access to resources for deserving young students interested in string music.

She married Greg Pine, who was once a minor league baseball pitcher then became a CEO for a healthcare consulting firm; they have one daughter together.

She was a contributor on Mister Bolin's Late Night Revival, a 2010 album that showcased a series of unreleased songs by Tommy Bolin.

Rachel Barton Pine Is A Member Of