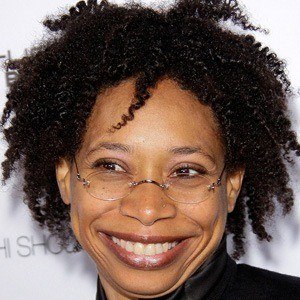 American jazz singer known for her impressive, six octave range. She became very popular in Japan after her versions of jazz classics like "My Funny Valentine" and "What Is This Thing Called Love?" were released.

She began singing at age six and also studied the piano and violin. She attended Berklee College of Music to hone her vocal skills and songwriting abilities.

She has sung backup for Lou Rawls, Patti LaBelle, and Vanessa Williams.

She grew up listening to her father, a jazz pianist, who inspired her to get into music.

She also taught music for the New Jersey State Council on the Arts alongside Dizzy Gillespie.

Rachelle Ferrell Is A Member Of