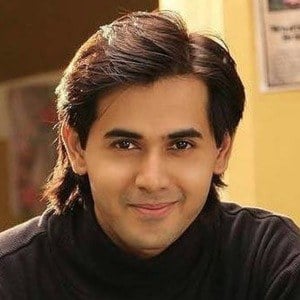 Indian television actor who is known for appearing in a range of different programs on the Channel V Network. He is most recognized for his performance as the character Sameer Maheshwari in the SET India original series Yeh Un Dinon Ki Baat Hai.

His acting career first began in 2014 when he was selected for the role of Kabir Scindia in the Channel V series O Gujariya: Badlein Chal Duniya. After several modeling jobs and advertising work, he went on to continue staring in television with a breakout performance in the MTV India series Big F.

In addition to film and television, he is also known for his commercial advertising work and has done modeling work with fellow Bollywood stars Kareena Kapoor and Priyanka Chopra.

He was born and raised in Jhansi, Uttar Pradesh, India.

Radeep Rai Is A Member Of